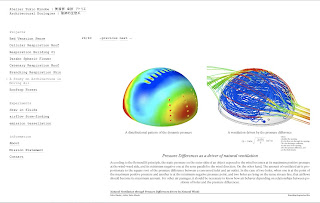 "Atelier Yukio Minobe was founded by Yukio Minobe as the design studio which explores a new kind of environments integrating of nature and artefact, ARCHITECTURAL ECOLOGIES, in the interface between architecture, biology, ecology, environmental engineering and computer science. The atelier has regarded architecture as organisations through materials' adaptations, emergences and metamorphoses under their environments in nature. ARCHITECTURAL ECOLOGIES has been defined as organisations being specific to material constituents and their environments, which are emerged through the reciprocity between materials' own behaviours and external influences by environments. Based on the definition of ARCHITECTURAL ECOLOGIES, Atelier Yukio Minobe believes not only that investigations into methodologies for generating such ecologies facilitate higher performances in built environments, but also that they lead us towards a new environment integrating artefact with nature.

Currently Atelier Yukio Minobe has embarked on attempts to instrumentalise the wisdoms of nature for generating performative built environments through developing advanced digital methodologies whereby we can replicate the natural system. The methodologies have linked together from extractions of geometries, material arrangements and generative methods in nature, reconstructions of them as computational programmes and algorithms, and searching into artificial environments asymptotic to nature in terms of performances through digital simulations. With essential developments of digital tools and new design processes, Atelier Yukio Minobe has pursued integrated design methodologies whereby a new kind of artificial environment can be emerged along the natural system."